Hello and welcome to the news post and DevCast for the upcoming Project Reality v1.6.3.0 update! The major feature of this update will be the long requested removal of seat restrictions for vehicles. Alongside this we have included 2 new maps, 3 new vehicles, 1 'new' faction and the usual assortment of bug fixes and quality of life improvements.

We plan to release v1.6.3 tomorrow, the 27th of September. Enjoy the Devcast!

Our most exciting change for this update is the increased vehicle seat limits. For 15 years we and the rest of the modding community believed this to a 'hardcoded' limit of Battlefield 2. With a little bit of testing and some small workarounds that you can read about here we've managed to increase that limit to whatever we want it to be. As a result of these changes we have updated all vehicles to reflect their real life carrying capacity. 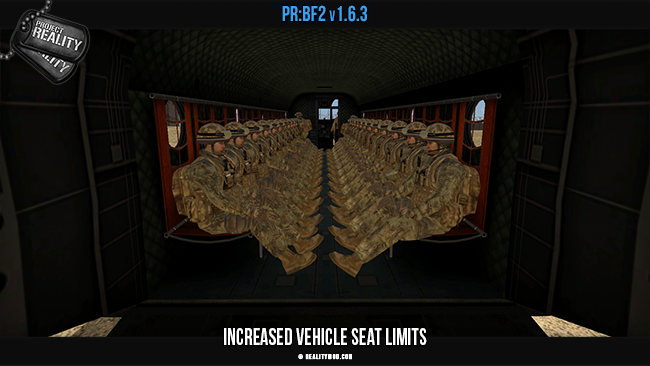 This update will include our first pass at the PLA Marine Corp. Alongside new textures made by Hokunin and [R-MOD]FFG the most visible difference will be the distinctive colour palette that makes this branch of the PLA so interesting. Additionally we also modified the existing "Essex" carrier to look more like the Type 075 landing helicopter dock. 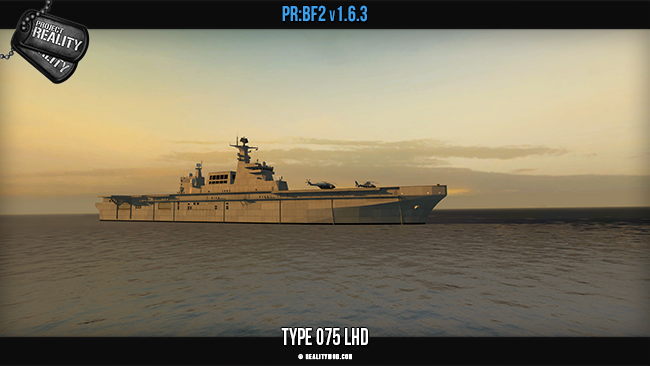 The first map to feature the PLANMC will be Ras El Masri. An amphibious assault on a large town featuring tight urban streets with the backdrop of a setting sun this map was created by [R-CON]Sylent/Shooter and later got adapted for the new PLANMC. Currently it comes only with an insurgency layer but we plan to add more layers and gamemodes very soon! 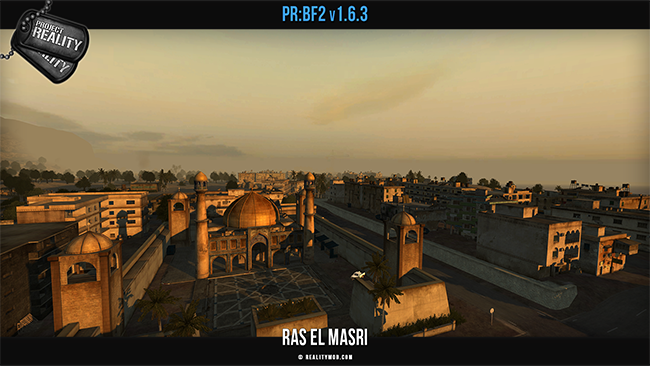 Made by [R-DEV]Max_ this map is modelled on the town of Musa Qala in Helmand Province Afghanistan. Known for the harsh fighting experienced by British and US troops in and around this town the map will be our first to use the new, previously teased Afghan statics by [R-DEV]Rhino's. Furthermore, this map will also be the first to show one of our other new improvements: no more limitations on factions used on a map by the voices they speak! We can now feature multiple factions on different layers without having to make sure they share the same voice lines. This will be shown on Musa Qala by using both the British and US troops on different layers. More maps will make use of this new feature in future updates. 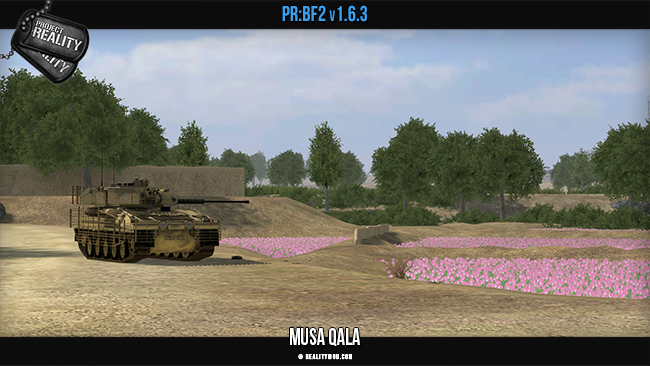 The first of our 3 new vehicles will be the CSK131 Mengshi created by Hokunin. This vehicle will function in a role similar to that of the existing Russian Tigr or American Humvee, providing rapid movement combined with a limited amount of protection from small arms. The unarmed support version carries a total of 6 soldiers while the armed version is equipped with a QJC88 12.7mm MG and also carries the 6 soldier plus the MG gunner. 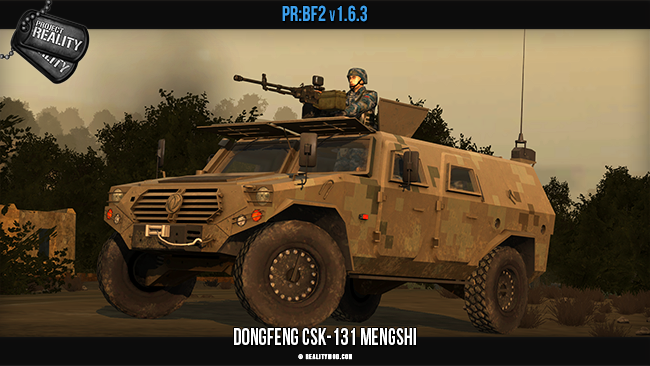 Made by Hokunin this truck will become the new workhorse of all the Chinese armies and replaces the old Ural completely. The transport truck version will be able to fit 14 soldiers in the back plus driver and co-driver in the front.

Yet another of our vehicles created Hokunin this latest variant of the iconic BTR series will replace the BTR-80A for the Russian faction. 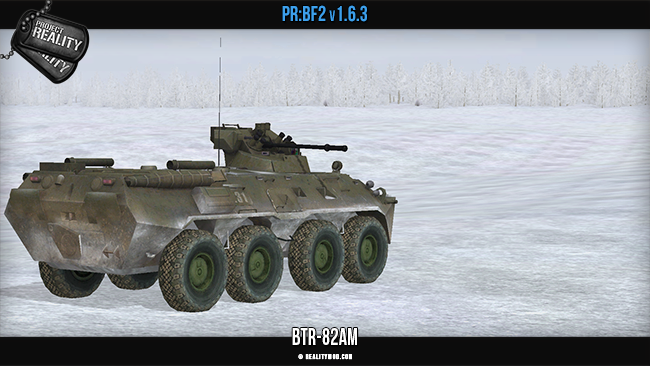 The Project Reality Team develops this modification completely free of charge for its community to download and play. If you would like to show your support, please consider donating to our team. These funds go directly towards website expenses, including bandwidth, hosting, domain registration, and maintenance. We never use donation funds to directly pay team members.

For more information, please feel free to join us on our public forums to discuss this and other news. Also, be sure to connect to Project Reality through social media to stay informed and receive up to the minute updates, the occasional leaked bit of information, and more! See you on the battlefield!

Continue reading...
You must log in or register to reply here.
Share:
Reddit Pinterest Tumblr WhatsApp Email Link
SHOUTBOX
Help Users Options
There are no messages in the chat. Be the first one to say Hi!
Chat 0
Top Bottom